Weaning is a normal process in beef production, and also a stressful one. Weaned calves are often subjected to numerous nutritional, behavioral and immunological stressors immediately prior to and during the weaning, marketing and transportation process, as well as upon arrival at the feedlot or backgrounding facility. Alejandro Relling, Ph.D, of the Department of Animal Sciences at Ohio State University in Wooster, OH, says research supports feeding weaned calves a natural prebiotic derived from Aspergillus oryzae fermentation, such as BioZyme Inc.’s AO-Biotics or Amaferm, can improve nutrient absorption and boost immunity in the calf’s gut.

“The exposure to new pathogenic organisms and vaccines to which the calves must mount an immune response both demand that calves be on an appropriate nutritional program in order to allow an adequate immune response,” said Dr. Relling. “There is often no social order immediately following weaning, and this lack of social order means that it can take calves several days to learn how to eat from a feed bunk or drink from a new water source. The feedlot receiving 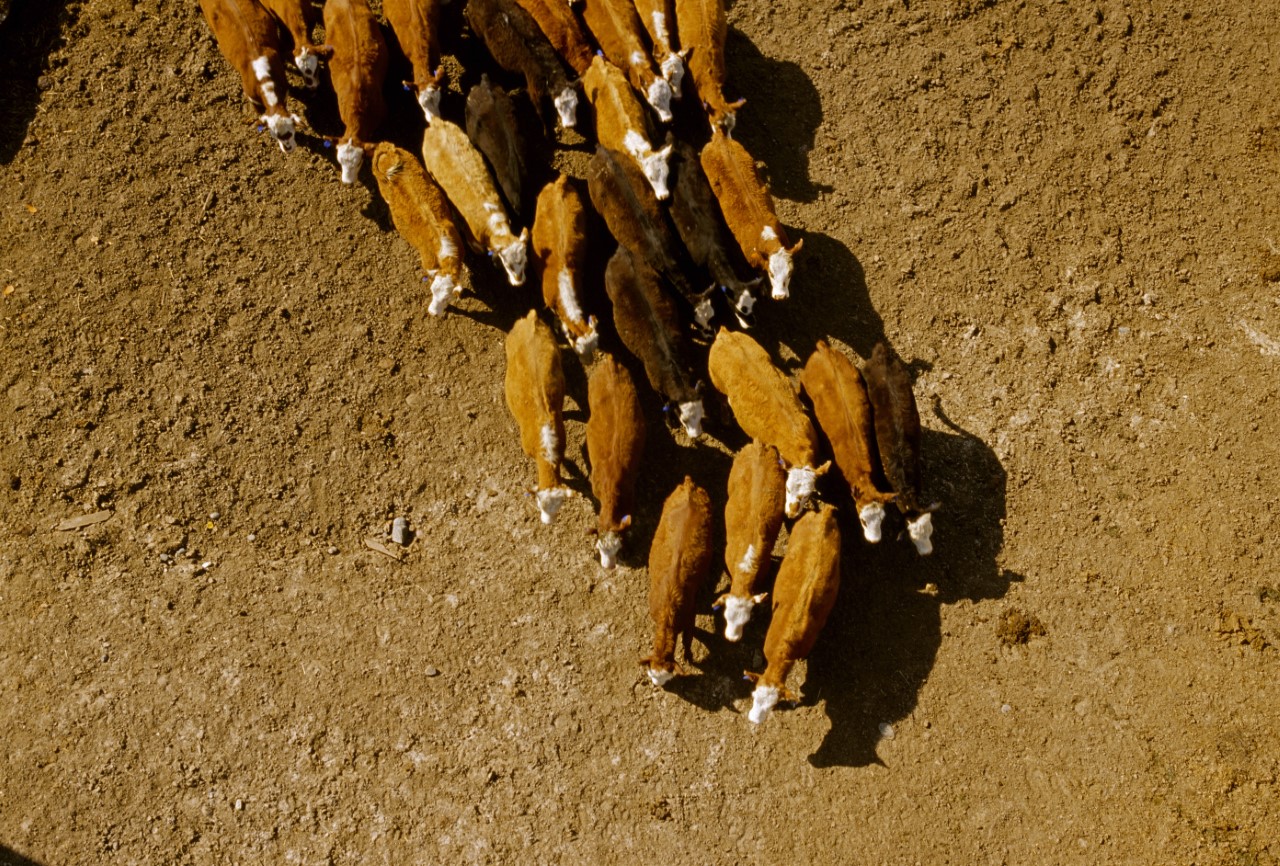 diet is often drier than pasture, or may contain fermented feeds unfamiliar to the newly weaned calves. Finally, the calves are often exhausted following weaning, being trucked, sorted and mixed with unfamiliar calves. During this time, both feed and water may be scarce. These periods of feed and water deprivation cause changes in the rumen environment and eating patterns of calves.”

A main goal as a nutritionist during the first few weeks following weaning is to improve water and feed intake, said Dr. Relling. Consequently, the diet offered to calves must be both palatable and digestible in order to allow for proper animal health and performance. A natural prebiotic, such as those offered by BioZyme, can help to maintain gut balance.

According to a research study conducted by Dr. Ignacio Ipharraguerre of Christian-Albrechts University in Kiel, Germany, the apparent immune-stimulating action of BioZyme’s AO-Biotics may safeguard the gut against inflammation and damage resulting from potentially harmful bacteria and antigens during this critical time, said Dr. Relling.

“The use of antibiotics in production livestock has become an issue that has found itself at the forefront of the industry. As consumer concerns continue to grow about the use and misuse of antibiotics given to livestock, producers are now looking for alternative methods to increase production and performance of ruminant animals,” said Dr. Relling. “Recent research has found that a prebiotic derived from Aspergillus oryzae fermentation modulates permeability of the intestinal mucosa and appears to stimulate the gut’s innate immune system.”

In a study conducted over a two-year period by Dr. Relling in 2015 and 2016, feeding 1.0 to 3.0 grams per head, per day of a prebiotic derived from Aspergillus oryzae fermentation in corn silage-based receiving diets containing feed additive Rumensin®, and fed using a prescribed intake, there was a linear increase in ADG during the first two weeks. According to the study results, the control cattle gained 0.62 lb./day compared to cattle fed 1.5 grams/day of Amaferm that gained 0.73 lb./day and cattle fed 3.0 grams/day of Amaferm that gained 1.23 lb./day. The increases in ADG resulted in a linear increase in feed efficiency of 10% and 103% for the 1.5 grams/day and 3.0 grams/day treatments, respectively.

“The importance of these results is that even with a prescription intake program, in a diet containing Rumensin, there was a benefit of having Amaferm in the diet,” said Dr. Relling. “There was no mortality during the first two weeks of this experiment, which partially may be attributed to the six-week post-weaning diet adaptation at the farms of origin for these cattle prior to feedlot arrival. The ability of the Amaferm treatments to result in greater ADG and G:F indicate that there was less metabolic stress and greater diet digestibility during the first week in the feedlot. This is a critical period as reductions in animal performance resulting in weight loss during week 1 are indicative of a negative energy and/or protein status, which makes an animal less capable of mounting an immune response against pathogenic and viral challenges.”

Amaferm has also been shown in a variety of studies to increase enzyme production by both cellulolytic and starch-digesting bacteria, increase the rate and extent of digestion, increase microbial protein yield on a variety of diets, reduce time for animals to resume consumption during diet transition, stabilize the rumen environment, and increase lactate uptake, according to Dr. Relling.

“These research findings all conclude that Amaferm may be a useful tool when feedlot cattle are being transitioned from one diet to another, or are under any stress that may impact rumen stability or feed intake,” he said.